The bike in the early days

New shocks. The ride quality got much better after I replaced the substandard ones that came with it 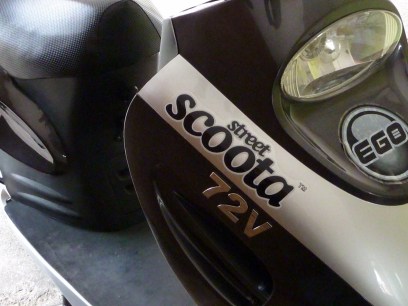 Some bling to celebrate the 72V upgrade 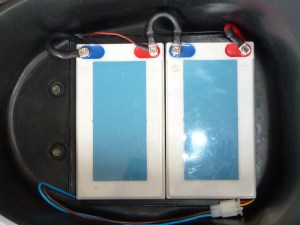 After the 72V SLA upgrade – the underseat compartment

The BMS, built from scratch with a Goodrum-Fechter board

After the LiFePO4 Lithium pack upgrade 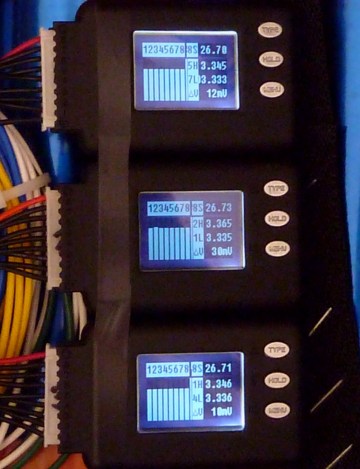 The torque arms that came with the bike (right) were too fragile, so I designed a more sturdy, heavy-duty torque arm 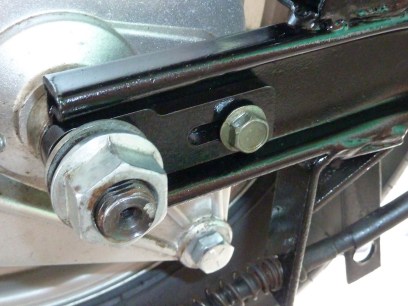 Here’s the new torque-arm in situ

Fitting the bigger tyres and adjusting the mud-guard 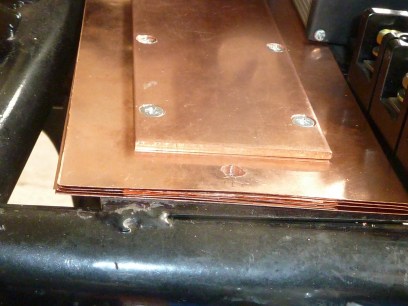 I built this custom, copper heatsink to mount the controller on 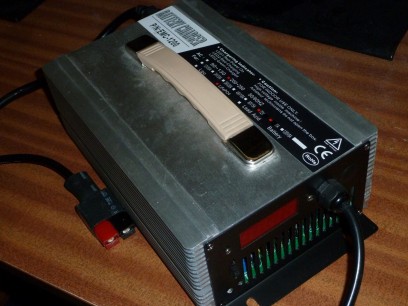 After over 2 years faithful service, my BMSBattery EMC-900 charger finally blew up, so I upgraded to the more powerful EMC-1200 above. This is now running 13.6A, giving a full recharge in about 2 hours, as compared to the 2 hours 50 minutes needed with the old charger running at 9A

This entry was posted on Thursday, August 26th, 2010 at 10:09 pm and is filed under 2. Scoota Pictures. You can follow any responses to this entry through the RSS 2.0 feed. You can leave a response, or trackback from your own site.